Resisting the temptation to go all Monty Python on you (oh go on then), in the insect world sperm is a precious resource. Male insects can't go around wasting it on the wrong species or on a female who is likely to have already been fertilised or who's going to end up getting fertilised by somebody else. This is why every species of insect has genitals that work like little puzzle pieces and only fit with the genitals of a mate of the same species.

It's also why entomologists apparently spend a great deal of time teasing apart insect genitals under a microscope - it's the only reliable why to figure out which species you have on your pin. It's the reason that the Manchester Moth (when we get there) has most of its abdomen missing - having been relentlessly teased in this way.

Once the pieces fit, he then removes any sperm that might have been left by a previous mate - the one that he's probably dislodged - and makes as sure as he can that he doesn't get dislodged by holding on to her until she's laid the eggs.

Likewise a female insect can't afford to waste her eggs by letting them be fertilised by a male who doesn't pass muster, so she has a way of making sure he can't get to her. To mate properly he has to grab hold of her neck - if she wraps her front legs round her neck, she makes sure this can't happen.

Lots of male mammals including squirrels and leave a copulation plug in their mate - a kind of jelly that hardens off and blocks the vagina. It saves the male the bother of guarding his mate, but apparently it can sometimes get nibbled out.

Did I mention chastity belts...

Entomology now in the Happenstance shop...
Posted by Helen Clare at 10:46 0 comments

Just heard from Nell. Gillian's managed to get the illustration done after weeks of new house dramas and I love it.

Have a look. Isn't Ginny pretty? 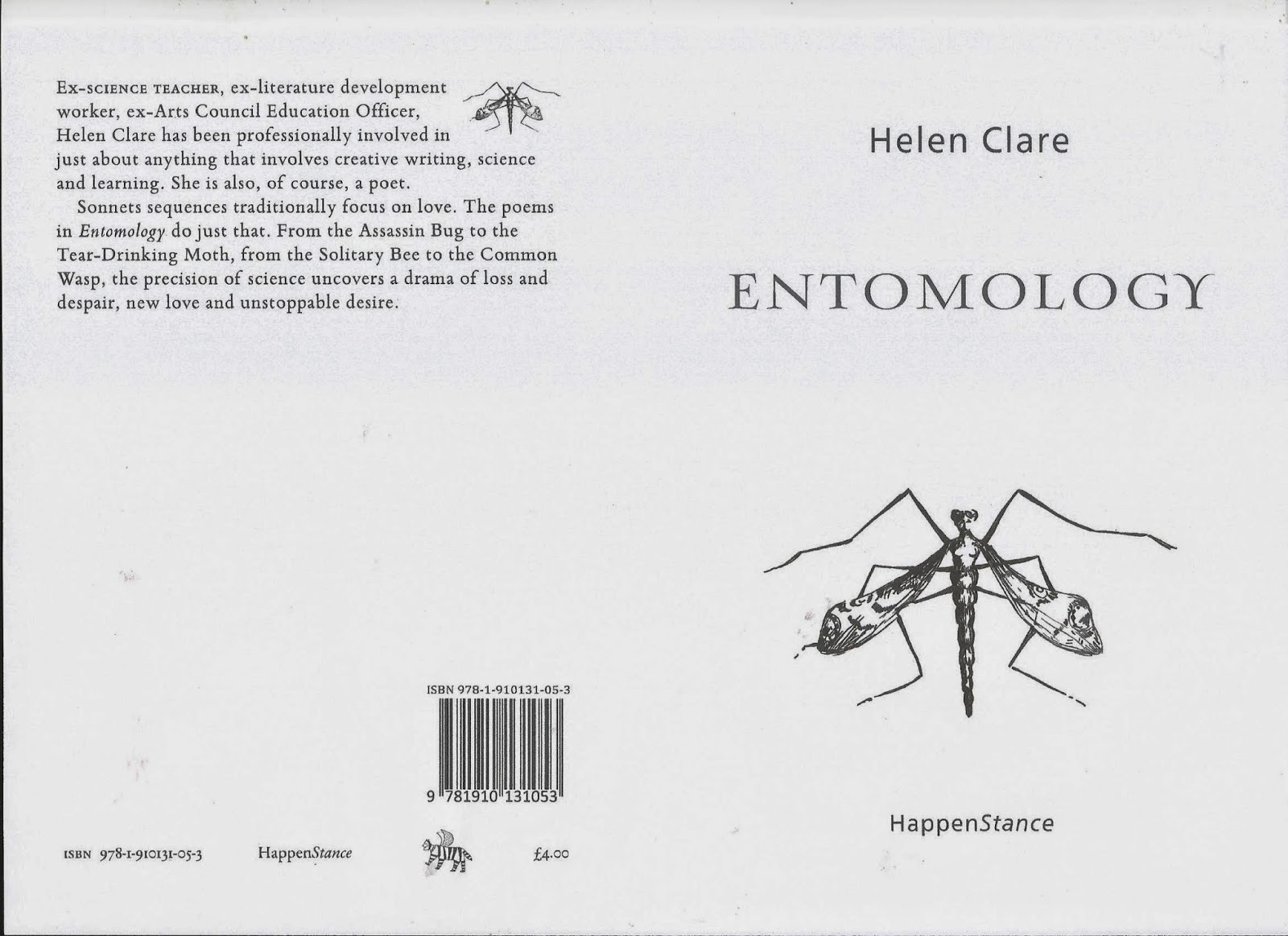